Applications for the nitrocarburizing in molten salt baths 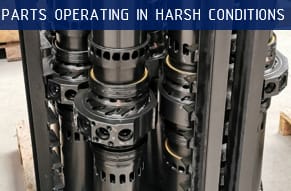 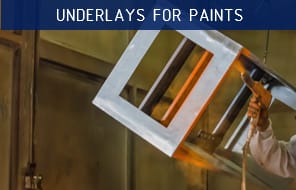 Nitrocarburizing is being applied most often to improve the surface properties of steel parts operating in harsh and demanding environmental conditions, such as:
The parts after nitrocarburizing meet the following requirements:
Bearing in mind the above, our technology is used when the following are required:

Since 2017, the use of coatings containing chromium ions Cr6+ has been prohibited in the European Union. Starting in 2025, this ban will have been strictly enforced. Due to the mass production character of the treatment, nitrocarburizing in molten salt baths should be considered as the most serious alternative to the technology of technical chrome plating.
The benefits of hard chrome plating:
qpq_wykres_1
QPQ wykres 2

During the process of nitrocarburizing in molten salt baths we can obtain a highly developed, corrosion-resistant surface on the processed details. It is an excellent base for applying paint coatings due to the phenomenon of increased adhesion of the coating and the surface layer of details.
Benefits of using the nitrocarburizing technology:

Blackening of steel (surface passivation) is the process of creating a layer of stable iron oxide on the surface of processed details. The material after the thermochemical blackening process is characterized by improved anti-corrosion properties and has a deep black color. Blackening processes are used for technical or decorative purposes.